She'll Be Comin' 'Round the Mountain

Oma and Opa Sweet and all the clan sat on the front porch sporting smiles a mile wide. It'd been years since they'd last seen their dear friend, Tootie. But now a letter had arrived announcing that she'd be comin' round the mountain for a visit. Tootie! After all this time! Goodness gracious! Lorda' mercy! Yahoo!
Amazon
Local Bookstore
Goodreads 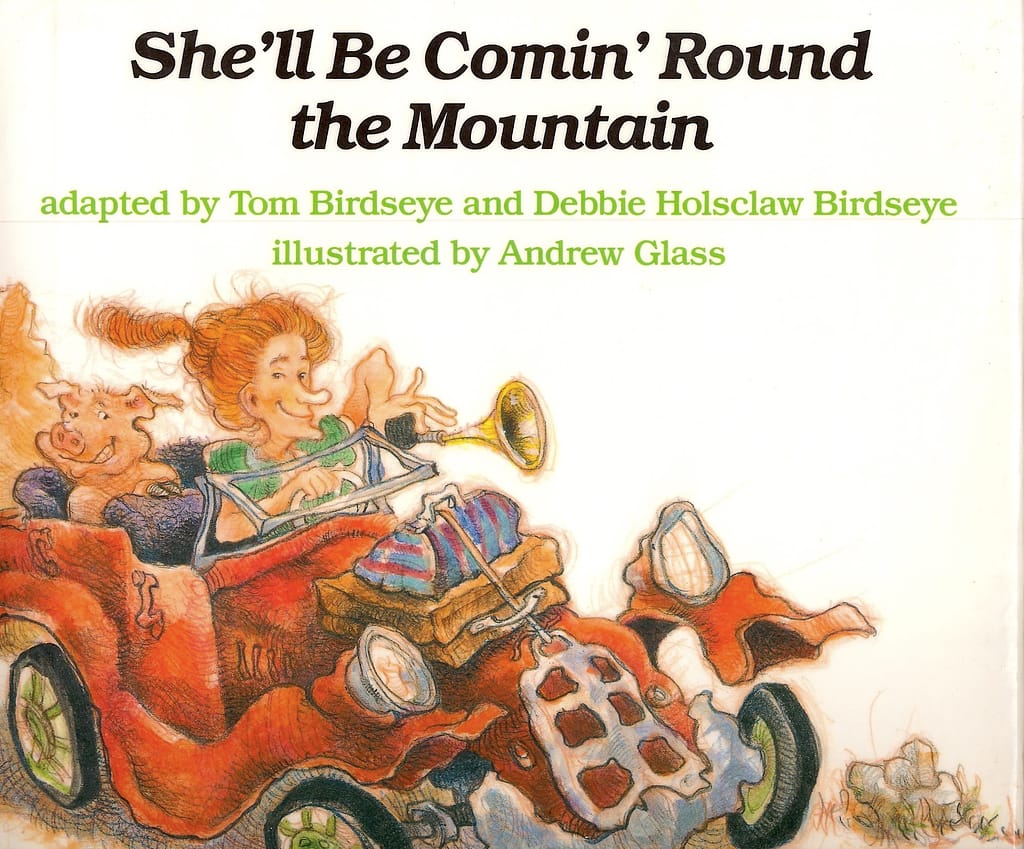 t’s been years since Oma and Opa Sweet and the whole clan have seen their dear friend Tootie. And now she’s comin’ round the mountain for a visit! Petunia and Delbert have never met Tootie and want to know all about her, so the rest of the Sweets describe Tootie by singing a rollicking song. When she finally arrives, however, they are in for a big surprise-Yahoo!

“Lends itself to noisemaking”  -Booklist

“She’ll Be Comin’ Round the Mountain,” originally a Black spiritual called “When the Chariot Comes,” became a popular Appalachian song during the 1800s. It was also sung by railroad workers as they laid tracks across America in the late nineteenth century.

Our version of the song began when a playmate of our oldest daughter’s came to visit us in our new home. Despite fears that time and distance might have eroded their friendship, they found — to their delight — it still to be very much intact. During the week of the visit, hiking and driving in the car, we sang “She’ll Be Comin’ Round the Mountain” many times. Although we weren’t aware of any lyrics that told who “she” was, where she’d been, how long she’d been away, or why she’d been gone, we speculated that the song was about old friends getting together just as we were. SHE’LL BE COMIN’ ROUND THE MOUNTAIN is the results of that speculation.