Plug would take off his old floppy-brimmed hat. He'd scratch his head, and think, think, think. "Plug?" he'd say. "Plug?" But only after what seemed like forever would that forgetful boy finally remember that he was named Plug...
Amazon
Local Bookstore
Goodreads 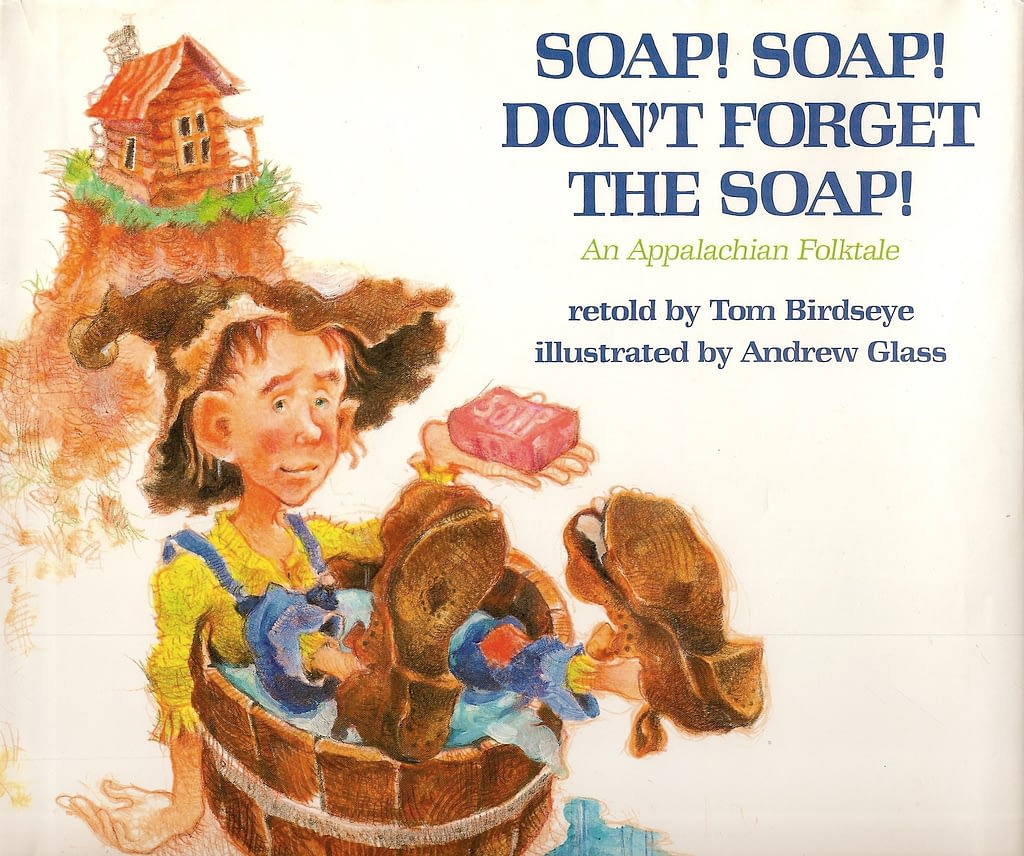 Plug has such a bad memory that all the folks in Sassafras Hollow think he could forget his own name. One bath day, Plug’s mother sends him to the store to buy soap. “Soap! Soap! Don’t forget the soap!” Plug says as he walks along.

But Plug does forget when he has several hilarious misunderstandings with people he meets before returning to his mother.

When I was a kid living in North Carolina, my family would go on camping trips in the Appalachian Mountains. At night we’d build a campfire and gather around and roast marshmallows (I liked them burned), and my dad would tell stories. The way I remember it, he had four or five favorites, one of which he called, “The Forgetful Boy.” I liked this one a lot, because the main character was even more forgetful than me (which was saying a lot).

Years later, when I was teaching fifth grade in Oregon, we had just finished reading The Bridge to Terrabithia, by Katerine Paterson, and it had stunned me with how good it was. Stunned me so totally, in fact, that I forgot to check out a new book. When time came at the end of the day to read I realized I’d goofed, and quickly decided to tell the class a story instead. The only one I could think of was “The Forgetful Boy.” I wasn’t sure if they would like it, but they did, so much that they asked for it several times after that. Over the years of teaching I told it more and more, and it slowly evolved into my version of the story, now SOAP! SOAP! DON’T FORGET THE SOAP!