I have stalked the bear as it sleeps. By completing this test of bravery, I begin my passage into the man's world of The Tribe - and become a warrior.
Amazon
Goodreads
Barnes & Noble 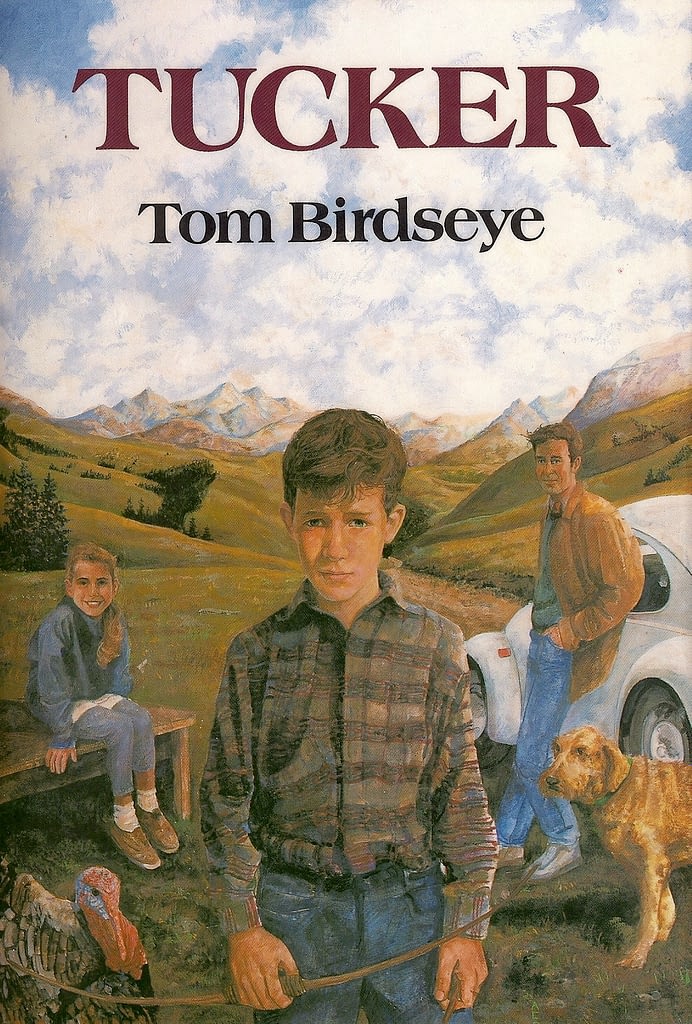 Eleven-year-old Tucker Renfro dreams of being a brave Indian warrior: I have stalked a bear as it sleeps. By completing this test of bravery, I begin my passage into the man’s world of the tribe-and become a warrior. He and his best friend have even made plans to kill a deer in the woods near Tucker’s house when hunting season begins.

But Tucker’s plans change when his nine-year-old sister arrives from Kentucky. He hasn’t seen her since his parents got divorced seven years before, and now Livi wants to move in with the father and brother she’s never known. Livi takes over Tucker’s room and writes letters home to her mother, saying how wonderful her dad and brother are. At first, Tucker can’t stand his sister. After all, he and dad were doing just fine living alone together. But gradually, Tucker becomes curious about his mother. Is it true, as Livi claims, that she wants them to live as a family together again? Is that why his father is trying so hard to get a job? And why Livi keeps imagining that they’re getting along so well?

Only after a series of accidents that culminates in Tucker’s first deer hunt does he discover that fantasy and reality are two different things, and that the truth lies somewhere in between.

The Best of 1990 – Society of School Librarians International.

“Natural and honest . . . readers will identify with the problems and the positive ending”  -Booklist

The story behind Tucker

Although much of what I write is inspired by the funny things in life, TUCKER is not a case in point. As a teacher I saw too many kids that had tough situations at home to deal with. One that really got to me was a kid who — because of divorce — had not seen his sister for seven years. (She was living with their mother on the other side of the country.) I’ve got a sister, and at times when we were kids I remember wishing I didn’t have to see her for seven years. But that had just been the childish frustration of the moment. Now here it was actually happening right in front of me!

The whole situation made me angry, then sad, and so, knowing that it’s good to explore the things that bug you, I decided to write about it. That is how real real life evolved into the fictional world of TUCKER.

The bear is asleep. It is lying on its side in the late summer sun like a huge shaggy dog. I can hear it breathe-in and out, in and out. The sound covers the mountainside as if the boulders and pines themselves are alive. I stand very still, my breath shallow, silent as it crosses my dry lips.

The breeze picks up again. The bear’s fur moves, the hairs standing up like soldiers on guard. They glow the color of cinnamon in the sun, except on the ends, which are silver. My heartbeat quickens. It is a grizzly that I stalk.

Slowly, more so than all the braves who have stalked and touched sleeping bears before me, I lift onefoot and move it forward. I do not take my eyes from the bear. If it wakes it will descend on me with the angry speed of a clap of thunder. There will be no time to run away or climb a tree. I have no weapon. I must touch my foot to the ground in rhythm with the natural sounds of the forest. It must come to rest so gently and evenly that no twig snaps, no stone turns, as if my toes have eyes.

Now I move the other foot forward, crouching low as I approach the bear. Elders wait at the village for me, sending out their prayers for my success in this test of skill and bravery. They remember when they too stalked the bear. They can still feel the coarseness of its fur on their fingertips. They have always carried the day that they became a man very close in their hearts. I will do the same.

The pungent smell of the sleeping bear suddenly reaches my nostrils. I am only three, no, maybe four steps away. There is no turning back. I must keep my mind clear. Noisy thoughts would wake him as surely as noisy feet. I take a deep, slow breath and hold it. I move silently forward and reach out my hand, stretching through the shortening distance between human and beast, hunter and hunter. Balancing my life on my fingertips, I will now … touch … the bear

“Olivia’s flight just arrived at gate three. She’ll be getting off the plane in just a minute.”

– and begin my passage into the man’s world of The Tribe.

Tucker pressed his nose against the glass and looked one more time at the stuffed grizzly bear inside the large showcase. Travelers moved around him on the red concourse of the Spokane International Airport as if he were a rock in a stream. The glass eyes of the bear stared out at them in fierce defiance. Tucker felt the same way. He blew a circle of breath onto the bear’s glass case.

The hand on his shoulder squeezed gently. “C’mon, son, let’s go welcome Olivia to the Northwest.”

Tucker turned and looked up at his father. The two mirrored one another in many ways: brown hair, high cheekbones, slender build, and a particular look in the green eyes, as if often thinking of distant places, other things. Father and son. Most people saw it right away. “But, Dad, I don’t even know her,” Tucker said.

Duane Renfro tried to smile. “That’s the whole point. Your mother and I never intended to let things go . . .” He stopped and looked down the concourse toward gate three, then took a deep breath. “. . . go this long. Seven years is seven too many. You were only four when we split up. Olivia was only two.”

Tucker stuck his hands down deep in his pockets. In the left one the small piece of cedar root he had carved into an Indian chief’s head slipped comfortably into his hand, as if it had always been there. He ran his fingers across the face, then back over the war bonnet of carved eagle feathers. He had spent hours working on it. “Why change things now, Dad?” he asked. “We get along OK by ourselves.”

An instant of pain flashed across his father’s green eyes. “Just because your mother and I are divorced, that doesn’t erase the fact that you and Olivia are brother and sister. She will be able to start the school year with you here-her in fourth grade and you in sixth. Be thankful that your mother and I have finally been able to agree on something and bring you two together, even if only until Thanksgiving.

“They’ve opened the door at gate three, Tucker,” his father’s voice came over his shoulder. “Please try to be open-minded and give it a chance. According to your mother it was Olivia who first brought this up. She really wants to be here and to get to know you. It probably wouldn’t be happening if she hadn’t insisted.”

Tucker looked once more into the fierce glass eyes of the grizzly bear. I have stalked the bear as it sleeps. By completing this test of bravery, I begin my passage into the man’s world of The Tribe

“There she is, Tucker.” His father’s excited voice cut in once again. “Just like in the picture your mother sent. I can see her coming up the ramp!”

-and become a warrior.