THERE IS NO MAP FOR THIS 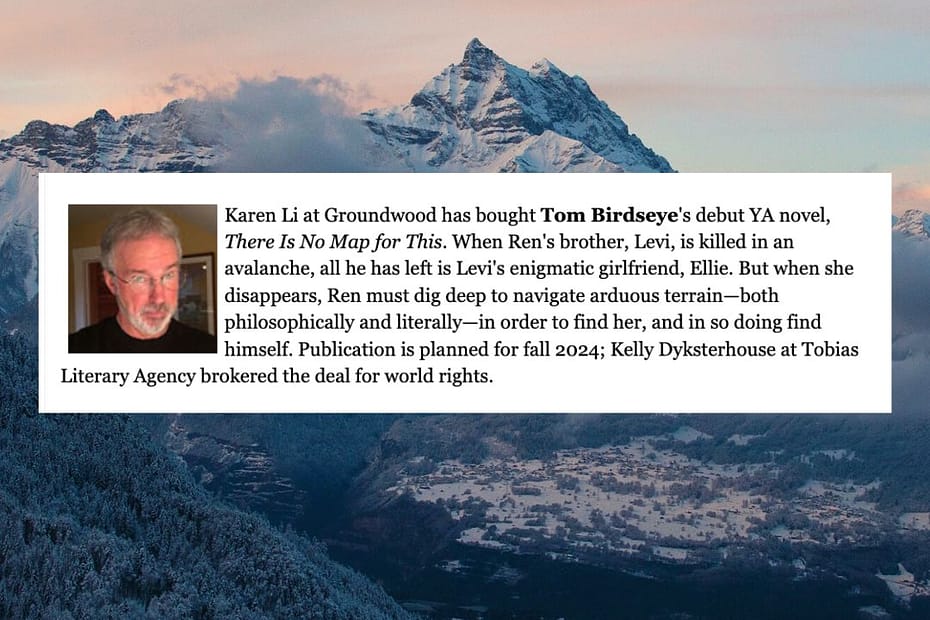 It took what feels like several centuries, but persistence has finally paid off. My new YA novel, THERE IS NO MAP FOR THIS, has been acquired by Karen Li at Groundwood Books, and will be published in 2024.

It is being called a “debut.” Which may seem a bit odd, given that I’ve previously published 19 books. But the reality is that it is a debut in terms of audience; this is my first foray into the YA realm.

Also, it’s a debut in a more metaphorical sense—a reinvention of self. For ten years I was on the faculty at the Vermont College of Fine Arts in their MFA program—Writing for Children and Young Adults. Teaching was my primary goal, but in the course of working with the amazing and brilliant students and faculty there, I learned a lot. Wait, let me say that again, with the right emphasis: I learned A LOT! And that LOT that I learned slowly revised and reinvented me as a writer, and ultimately manifested in THERE IS NO MAP FOR THIS.

All of which is to say that the growth curve never ends, if you stick with it. I have a quote on my desk from the novelist John Irving: “I take my lack of talent seriously. One reason I have confidence is that I have the stamina to go over and over something again and again, no matter how difficult it is.” Yeah. Hang on. Ride the curve. Work toward your debut. And the debut after that. And the debut after that. It may take what feels like several centuries, but persistence can indeed pay off.