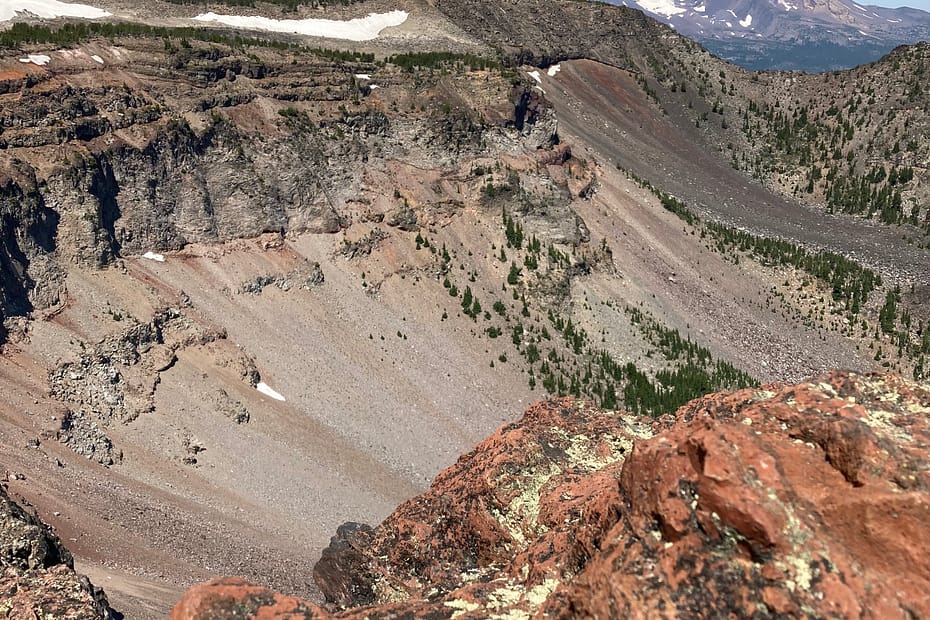 My grandson Griffin—age 5 and in my humble opinion the most wonderful grandson of all time—gave me a Thomas the Train for my birthday. On its side is printed LBSC (which stands for London, Brighton and South Coast Railway), and the number 70. 70 because Thomas the Train is now 70 years old. 70—just like me.

Being of the same age, I decided to take Thomas the Train with me on my Birthday Celebration Extravaganza (BCE). After two days of camping with family at Lost Lake, Oregon, we attended a fantastic outdoor concert in the Columbia Gorge, skied the Palmer Snowfield on Mt Hood, hiked to the very edge of the Tam McCarthur Rim in the Three Sisters Wilderness (see photo as proof), got our game on rock climbing, and mountain biking, and trail running, and—because why just do it when you can overdo it?—topped the BCE off with a 7-mile backpacking training trek (1 mile per decade) to the top of nearby Dimple Hill, a 1,070 foot elevation gain, loaded down with 38 pounds. (Sorry, as mathematically cool as it would be, I can’t haul 70 pounds.)

Either that or he’s been getting into the wine. (Thomas, not Griffin.)

Regardless, the little engine that could, and did, has been a loyal and willing companion, and I’d like to take this opportunity to publicly give him a shout out. Three cheers for Thomas: Choo-choo! Toot-toot! Full throttle for 71, old guy!

I’ll be following in your track.

Asleep in the caboose.